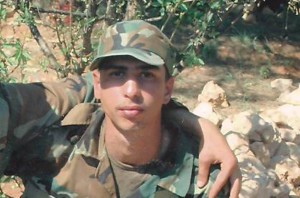 (armenianweekly.com, ALEPPO, Syria) —Two Armenian men, Vrej Keshishian and Masis Khatchadourian, were recently killed in the armed conflict that has engulfed Syria since 2011.

So far, there have been 60 Armenian deaths, including 10 army conscripts.

Born in Aleppo in 1991, Keshishian, 22, had served in the Syrian army since 2011. He was killed in action during military operations in the town of Idlib. His family learned of his death on Aug. 15.

Khatchadourian, another young Armenian conscript who worked at the local Armenian school in Kamshli, was sent to Der Zor in May, and was killed there a few days later, on May 20. His relatives, however, were only notified of his death on Aug. 10. He was buried in Damascus on Aug. 14.

Khatchadourian was a member of the soccer team of the Kamshli chapter of Homenetmen.

According to the “Kantsasar” weekly newspaper, on Aug. 10 a bus heading from Yerevan to Aleppo was stopped by Syrian rebels, who kidnapped five Armenians, including the driver. It also reported that the four Armenians kidnapped on the July 26 have not yet been released.

During the first week of August, two Armenian civilians living in Aleppo were killed. Nazar Keoshgerian (born in 1974) died during an explosion that occurred near the central prison of Aleppo. Another Armenian, Sarkis Meresjian (born in 1966), was found dead in his car in the region of Djaramana.

According to other sources, on Aug. 8-9, engineers from the Syrian army secured three cars packed with 250-300 kg. of explosives and parked them in the densely populated districts of the “Nor Haleb” (New Aleppo) region.

Approximately 60,000 Armenians lived in Aleppo before the Syrian crisis. Thousands have left the country since.