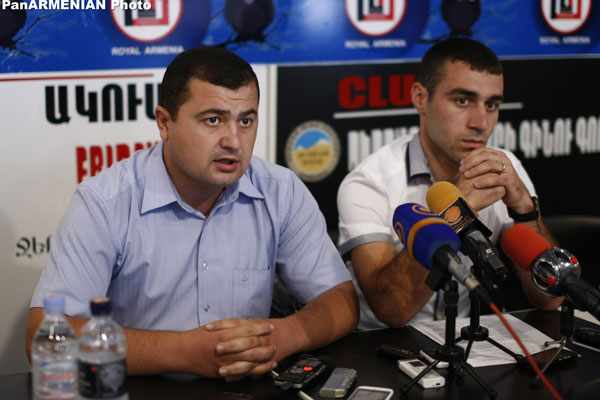 In a press statement released on August 27, the ARF-D “Nigol Aghbalyan” Student Association communicated its initiative to hold a protest against the government’s raise of university tuition and called the public to join with the students. The “N. Aghbalyan” Association reminded that it has voiced its concerns around issues related to highest education and youth, many times in the past underlining the absence of an effective government policy that would resolve those issues.

The students’ protest march will take place on September 2, at 12 pm beginning across the State Engineering University and ending in front of the Government building.

“For years, tuition fees have been raised in various universities and faculties but it is not clear how those capitals were managed considering that no key reforms have taken place within the sector of education” said Gerasim Vardanyan, President of the “Nigol Aghbalyan” Student Association’s Executive body, during a press conference that was held on August 30, at “Friday” press club.

According to Vardanyan, today, the socially vulnerable citizens are deprived of studying in state universities and that consists a violation of the Constitution. “They are deliberately trying to grow an illiterate generation” he added. Vardanyan also said that in addition, the raise is illegal since the decision hasn’t been established by the State Commission for the Protection of Economic Competition, and University rectors weren’t authorized to establish it.

Taking the floor, Mher Ghazaryan, member of the Executive Body of the “Nigol Aghbalyan” Student Association said the tuition raise is not the only issue they want to address. The struggle must also aim against other serious deficiencies that the sector of education faces, said Ghazaryan.