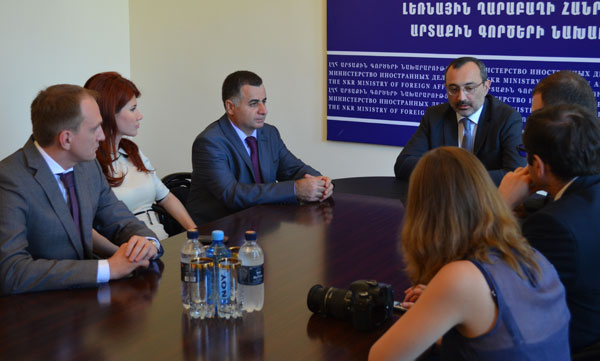 On August 26, Minister of Foreign Affairs of the Mountainous Karabakh Republic, Karen Mirzoyan received a group of Russian journalists and public figures who were in Stepanakert on a visit.