A roundtable discussion on the Human Rights situation in Azerbaijan was held on September 24, 2013 in the European Parliament, just two weeks prior to the October 9 presidential elections in Azerbaijan.

Once more, several members of the European Parliament criticized the non-protection of Human Rights and the absence of Democratic values in the country. MEPs highlighted the fact that politicians, journalists, activists are frequent “guests” of the prison facilities of Azerbaijan and that the authorities violate basic Human Rights such as the freedom of expression and the freedom of assembly. 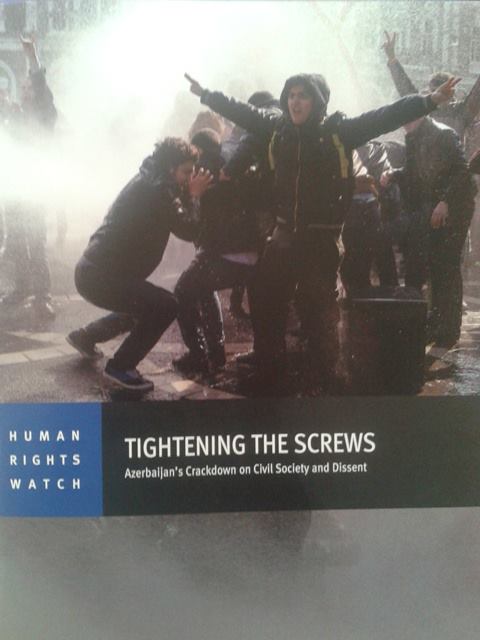 “We want to see free and fair elections. Azerbaijan is the country which has the highest number of political prisoners among all the neighborhood countries even more than Belarus” said Ana Gomes (S&D, Portugal). European External Action Service representative cited that “Democracy is the main issue to have stable relationship and we will continue to expect more from Azerbaijan”.

Fuad Muradov, an Azerbaijani MP stated that Europe has no proof to support accusations about wrongdoings in Azerbaijan, while having the fastest internet access should count as a sign of progress according to his colleague and compatriot, Asim Mollazade. Those statements were criticized sharply by the MEPs, as being far from reflecting the true situation in Azerbaijan.

EAFJD President, Kaspar Karampetian stated that the blatant violation of Human Rights in Azerbaijan was strongly highlighted yet again. “How long will Europe keep its relationship with Azerbaijan on the level of expectations and wishes? It is high time that Europe transforms words into actions and starts demanding rather than just hoping” said Karampetian.

UN Human Rights Council: Adoption of the Outcome of the UPR of Azerbaijan http://www.hrw.org/news/2013/09/20/un-human-rights-council-adoption-outcome-upr-azerbaijan