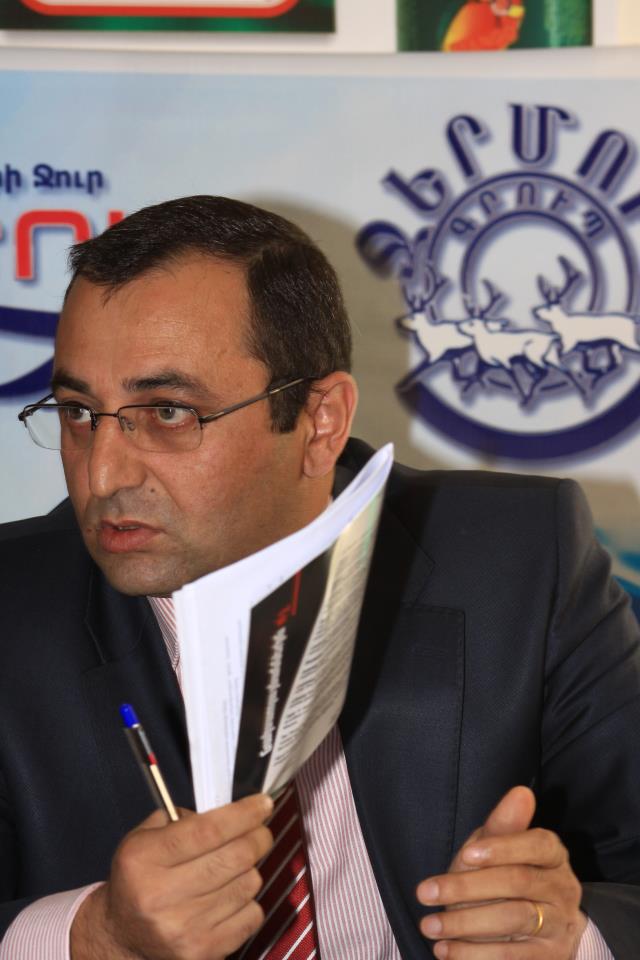 (armenpress.am) – ARF-D is preparing to shortly publish the “We will live in our country” anti-emigration plan said to Armenpress, ARF-D Parliamentary Faction member, Artsvik Minasyan. The government has included parts of that plan into various draft bills. “Certainly the government’s approach is acceptable but there are deficiencies on the implementation part. We intend to publish the complete version of our plan and as to those deficiencies we suggest to the government to for the even deeper and more complete implementation of this plan”.

Minasyan underlined that one of the most important points of the plan is the adoption of a unified payment system for the public service, for which the government has already introduced a draft bill at the Parliament. “However there are two issues here that make us think that our proposal isn’t accepted in whole. In particular, the definition of public service. In our opinion that must be done on three levels. Not only the state and community service but there should also be included all the organizations that don’t belong to the state but realize state-specified functions” stressed Minasyan adding that he refers to community, non-trade organizations and to the Central bank. He also said that organizations that do not operate in the above mentioned format but who create certain zones of influence for the society. “This case concerns the fields of education, healthcare, culture and media the salaries of which must be regulated under the unified system” said Minasyan.

In agriculture, the Parliament in its second reading voted for the exclusion of the cadastre tax in the case of the construction of industries on agricultural soil, which was also one of ARF-D’s suggestions, said Minasyan.

In the field of education the ARF-D has proposed rating the universities so as to know for how many of their graduates have they have found work and allocate those universities from the state budget accordingly.

There is also another issue that the ARF-D plan touches. That concerns finding jobs for those released from military service. Minasyan mentioned that the government has also accepted the ARF-D approach. “It’s the government’s responsibility to provide the young people released from their military service with long-term employment or to give them the opportunity to open a small enterprise through an appropriate loan policy” stated Minasyan.

Minasyan also said that the government is considering realizing some other suggestions of ARF-D but since those are not systemic, their effectiveness might not be that high. “That’s why we intend to complete the plan and after its publication demand that the plan be realized in its whole and thanks to which it will be possible to slow down the speed of emigration”.

The ARF-D has drawn up the “We will live in our country” plan the aim of which is to stop emigration. The plan is under public discussion, has been presented through television and in press clubs and meetings have been organized with civil society representatives and experts’ circles.