(Yerevan) – The Socialist International Council meeting started on Sunday, November 10 in Istanbul, Turkey. The ARF-D was represented by Bureau member and SI Vice President, Mario Nalbandian and Head of the ARF-D International Secretariat, Giro Manoyan.
The SI Statutory Committee on Finance and Administration, where the ARF-D is a member, convened its session on Sunday, November 10. Nalbandian attended the session. The Committee discussed about the organization’s financial state as well as about the member-organizations that have been falling short in regards to their obligations, and adopted the 2014 budget of checks and balances, to-be approved by the SI Council.
At the same day, a session of the SI Presidium was convened, in which Mario Nalbandian took part. SI President, Greek PASOK party’s former leader, ex Prime Minister George Papandreou presided over the session where international political developments and issues of the SI were discussed. Present was also the hosting Republican People’s Party (CHP) leader, SI Vice President, Kemal Kılıçdaroğlu. Nalbandian spoke about organizational matters. However, addressing the members of the Presidium Nalbandian said that attending this kind of meetings in this particular city has a historical significance for him and for the ARF-D, not because it is the first time that the ARF-D delegation members visit Istanbul, but especially because it is more than 92 years that the ARF-D hasn’t been in the city in an official capacity for reasons well-known to everyone.
The Council’s meeting was opened on Monday, November 11. After the opening remarks, the floor was given to activists that took part in last June’s demonstrations for the protection of the Gezi Park, located on Taksim Square (which previously was the venue of an Armenian cemetery), who presented the anti-democratic stance of the authorities in Turkey, during this time.
The Council continued with its main agenda about “Current crises related to the struggles for democracy, particularly in the Middle East and North Africa, and conflicts threatening peace and security in that part of the world”. Besides the representatives of the member-organizations, representatives of the Syrian opposition and a representative of the Secretary General of the Arab League also addressed the Council. 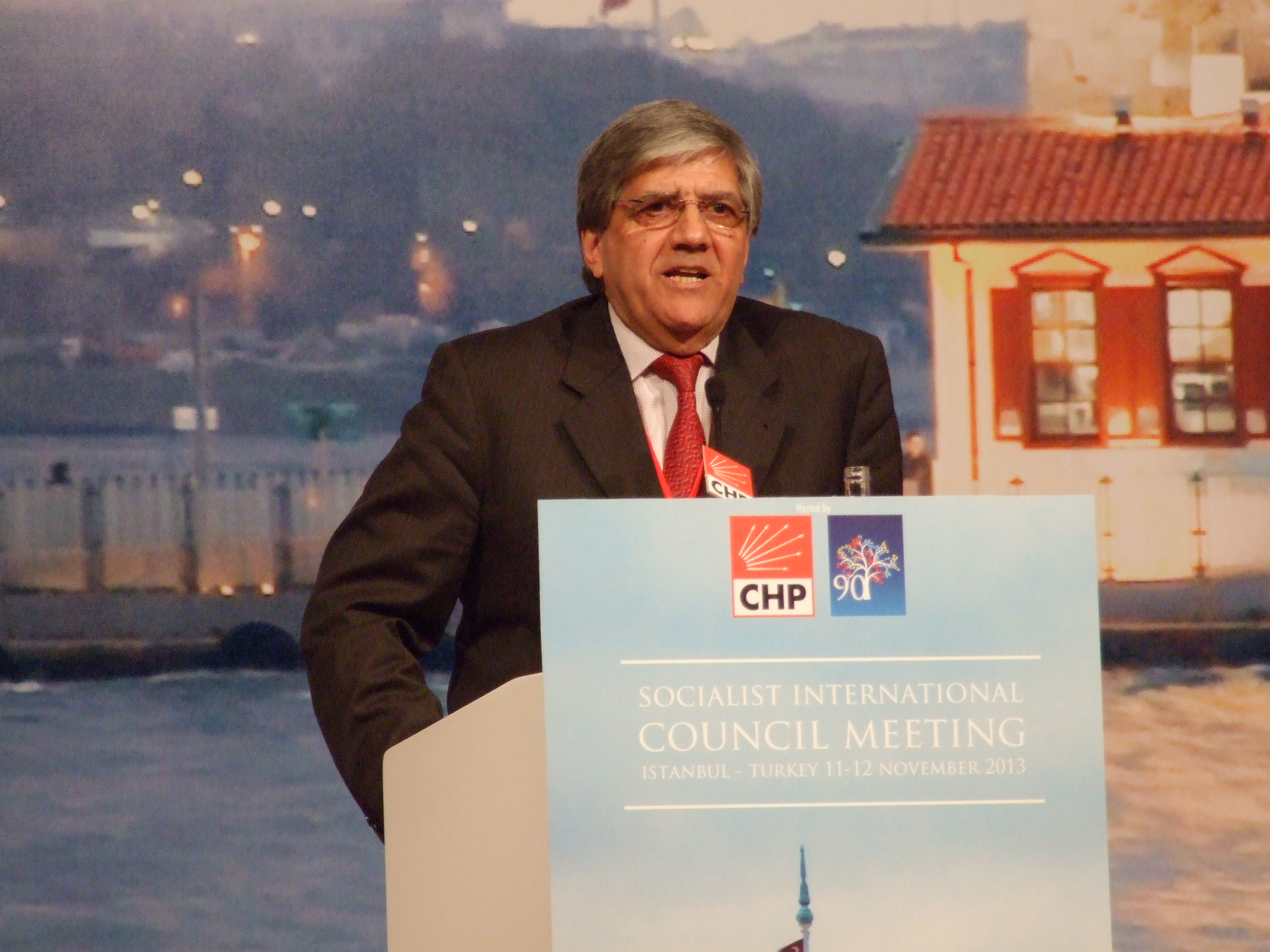 During his speech, ARF-D Bureau member, Mario Nalbandian said that the crisis in Syria can only have a political solution which should include all those who share the conviction that a political solution can be reached through dialogue and that everyone’s rights should be respected without exceptions. The Syrian people’s just demand for reforms was obstructed because of the involvement of armed groups who came from abroad. Syria is a multi-ethnic, multi-religion and multi-cultural country and society where Armenians in Syria have lived more than a thousand years with the local peoples and religions and have fought about our rights, said Nalbandian. “We support those efforts of the SI which aim at assisting the reaching of a solution through dialogue and at providing the participation of all the sides at the Geneva 2 negotiations” said the ARF-D representative and added that it is necessary to preserve the Syrian territorial integrity because otherwise the territorial integrity of the wider region and of other countries will be broken.
The ARF-D Bureau member stated that the instability in the Middle East region, expands from the Mediterranean to the Caspian Sea because of the intensive armament followed by a bellicose rhetoric. “This region is in need of investments, jobs and development that will improve the education and healthcare and will satisfy the people’s social needs, that will give hope to the youth for the future therefore keeping the youth away from extremism, terrorism and drugs. This is why I agree with those evaluations that were heard today about Turkey’s foreign policy not helping towards the establishment of stability, especially when considering of everything destabilizing the situation that flowed from Turkey into Syria. On the other side, Turkey unfairly and unilaterally keeps the borders with Armenia, closed. It is time that Turkey reviews its history and accepts its responsibility for the planning and execution of the first Genocide of the 20th century” said Nalbandian.
At the conclusion of his speech he stressed that “we believe that all the conflicts in the wider region can be solved through dialogue and through a search for a lasting settlement. From this point of view, we believe that the Socialist International must help the changing of the existing paradigm and of equality where investments should be provided, jobs created, science and architecture developed and healthcare improved.”
The SI Council is continuing with its deliberations.

The Socialist International is the worldwide organization of social democratic, socialist and labor parties. It currently brings together 170 political parties and organizations from almost 140 countries.
In 2003, ARF-D was the first one among CIS political parties, to hold a SI full membership status.
ARF-D Bureau member, Mario Nalbandian serves as SI Vice-President while ARF-D Bureau member Vahan Hovhannesyan is Co-Chairman of the Committee for the CIS, the Caucasus and the Black Sea. ARF-D is also a member of the Statutory Committee on Finance and Administration of the SI.
The ARF-D Women’s Group is a full member of the SIW (Socialist International Women). The youth organization of the ARF-D, the Armenian Youth Federation, is a full member of the IUSY (International Union of Socialist Youth).