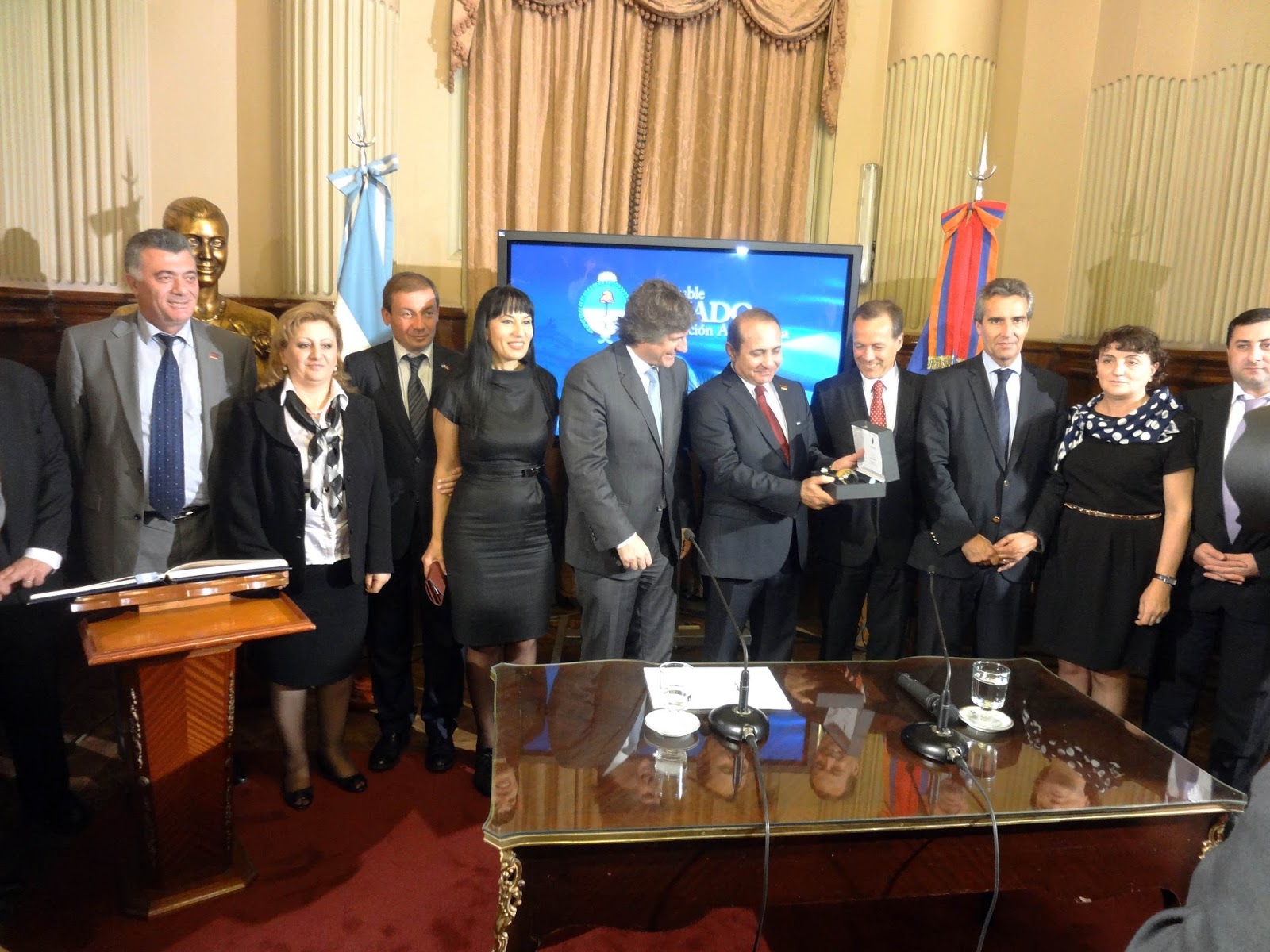 (Agencia Prensa Armenia)- An Armenian National Assembly delegation met with Vice President of Argentina , Amado Boudou and a group of Argentine deputies in the Senate on Tuesday 26 November.

The Argentine deputies of the Parliamentary Group of Friendship with Armenia who attended the meeting were Cristina Ziebart, president of the group, Omar Barchetta, Juan Carlos Zabalza, Carlos Raimundi, Beatriz Loto and Monica Contrera, as well as the chairman of the Foreign Relations Committee Guillermo Carmona.

Guillermo Carmona, Deputy of Front for Victory party, said that “relations between Argentina and Armenia are of deep friendship, founded mainly by the presence of a large Armenian community in Argentina.”

Both sides expressed their willingness to strengthen parliamentary links with the newly formed friendship group, while remarking the presence of representatives of different blocks and opposition parties. Armenian parliamentarians were grateful that Argentina was one of the countries that opened the doors to survivors of the Armenian Genocide.

Deputy Carlos Raimundi added that he felt proud of having “signed the project, which was then passed into law, declaring the condemnation of Armenian Genocide and the Action Day for Tolerance and Respect between People in Argentina, on each anniversary of April 24.”

Armen Rustamyan, member of the Armenian Revolutionary Federation party, referred to the conflict over Nagorno-Karabakh, and in particular the processes of solving conflicts peacefully that “are altered by the distortion of the truth by Azerbaijan.”

In this regard, the Socialist deputy of Broad Progressive Front party Juan Carlos Zabala said that Argentina “trusts in dialogue to reach agreements” in bilateral disputes.

Subsequently, the Armenian representatives held a meeting with Argentina’s Vice President Amado Boudou, along with Armenia’s Ambassador in Argentina Vahagn Melikian and Argentine Senators Ruperto Godoy and Ruben Giustiniani. The latter recalled that Argentine Congress promotes resolutions annually to remember the genocide against the Armenian people in 1915. Finally, they met with the president of the Chamber of Deputies, Julian Dominguez.

The delegation comes from a trip to Brazil, where they met with President of the Chamber of Deputies, Henrique Eduardo Alves, and Uruguay, where they were received by the Uruguayan Vice President Danilo Astori and President of Chamber of Representatives, German Cardoso. 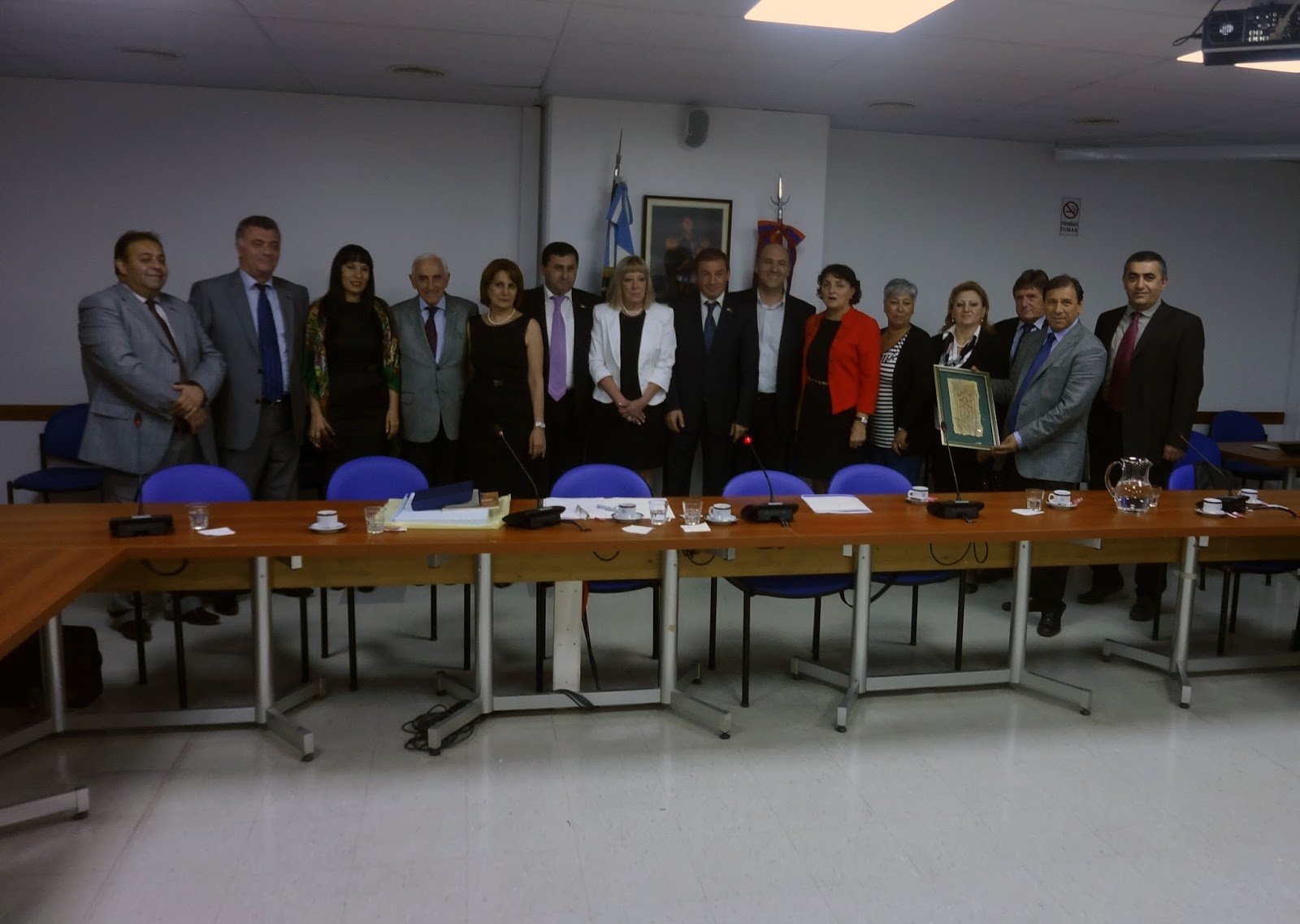