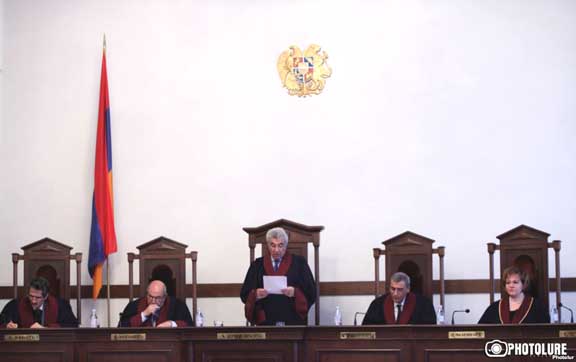 (azatutyun.am RFE/RL) in a surprise verdict, Armenia’s Constitutional Court overturned on Wednesday a controversial reform of the national pension system that has triggered angry street protests by young workers affected by it.

Ruling on a joint appeal lodged by leading Armenian opposition parties, the court said that the key provisions of a corresponding government-drafted law that took effect in January are unconstitutional.

One of them requires Armenians born after 1973 to contribute 5 percent of their gross wages to one of two private funds authorized by the government and the Central Bank to manage their retirement savings. Many of those workers have fiercely opposed this measure, saying that they lack trust in those funds and do not want to lose a considerable share of their income.

A pressure group representing them as well as the four opposition parties represented in the Armenian parliament say that the monthly contributions mandated by the reform amount to a breach of citizens’ property rights guaranteed by the constitution. The government has dismissed such claims.

The ruling read out by the Constitutional Court chairman, Gagik Harutiunian, gave the government and the parliament until September 30 to scrap this and other provisions declared unconstitutional and bring the pension law into conformity with Armenian law. 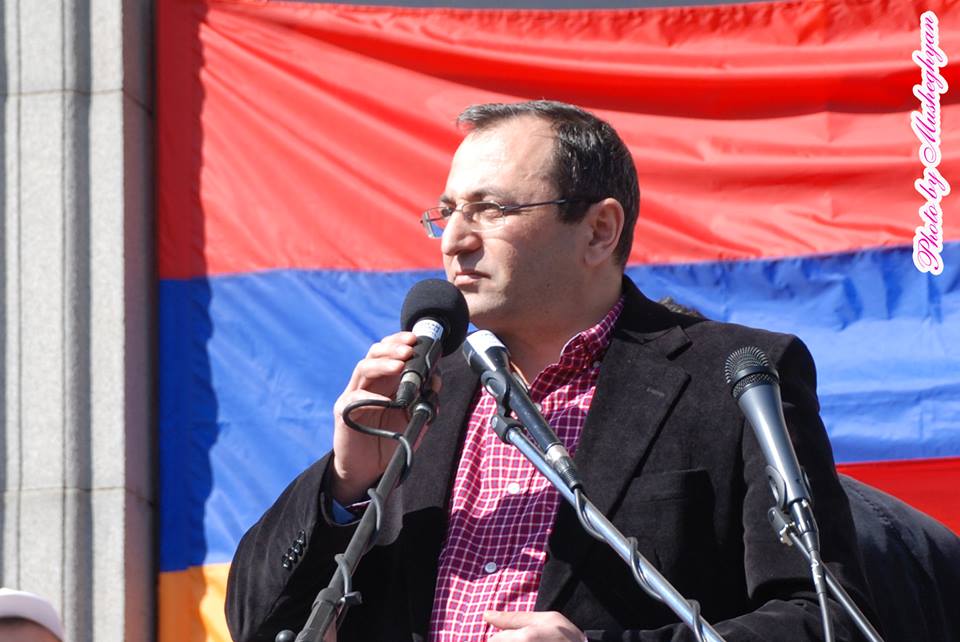 Artsvik Minasian, a lawmaker from the Armenian Revolutionary Federation who has represented the parliamentary opposition at the court hearings on the issue, described this specific order as somewhat ambiguous, saying that it “could create some problems” for reform opponents. Still, he insisted that the court essentially met all opposition demands.

“The bottom line is that our arguments about contradictions with constitutional norms were accepted. I want to thank the high court for doing that,” Minasian told RFE/RL’s Armenian service (Azatutyun.am).

The government was quick to react to the verdict with a statement posted on its website. “The government will press ahead with this radical reform aimed at improving the people’s well-being within the framework of proper constitutional formulations,” said the statement. It added that the government will adopt a “plan of further actions” after receiving and looking into the full text of the Constitutional Court ruling.

Prime Minister Tigran Sarkisian acknowledged “shortcomings” in the pension reform and offered to embark on a dialogue with its opponents on March 20, one week before the court opened hearings on the opposition appeal.

Wednesday’s ruling marked a rare case of the Armenian Constitutional Court striking down a major government measure. It came amid growing cooperation among the four opposition parties. The latter agreed on Tuesday to jointly stage demonstrations in Yerevan on April 28-30 in support of a vote of no confidence in Sarkisian’s cabinet put forward by them in the National Assembly.

The announcement of the ruling was cheered by several dozen members of the Dem Em (I Am Against) movement campaigning against the reform, who gathered outside the court building in Yerevan. They applauded Harutiunian, the chief justice, as he emerged from the building shortly afterwards.

Dem Em representatives said they will continue their campaign to make sure that the government does not attempt to revive the unpopular measure later this year. “They might make cosmetic changes and bring back the law after September 30,” one of them, Artashes Arabajian, said. “It’s not clear what will happen after September 30.”

The pressure group plans to again rally supporters in Yerevan on April 12.

(azatutyun.am RFE/RL – extract) A controversial pension reform will continue to be enforced for now despite being declared unconstitutional by Armenia’s highest court, the government made clear on Thursday amid a renewed uproar from the opposition.

Prime Minister Tigran Sarkisian pointed to a loophole in the Constitutional Court ruling that gave the Armenian authorities until September 30 to correct the unconstitutional provisions of the reform.

“If am not mistaken, that means the law, as it was adopted by the National Assembly, must remain valid until September 30, and we must revise the provisions declared unconstitutional by September 30,” Sarkisian said at a weekly cabinet meeting in Yerevan. “You are right, Mr. Prime Minister,” confirmed Justice Minister Hrayr Tovmasian.

“That means everyone must be guided by existing law in the meantime,” continued Sarkisian. Employers should therefore continue withholding 5 percent of their young workers’ gross wages and transfer those sums to two private pension funds in addition to their existing social security contributions, he said.

The Constitutional Court ruling handed down on Wednesday is vague about the enforcement of the wage deductions mandated by the reform. Nor has the court issued any explanatory notes on that score.

One of its judges, Felix Tokhian, added to the confusion with contradictory statements made in two televised appearances late on Wednesday. Tokhian told the Armnews channel that it would be “reckless” to continue implementing a measure that contradicts the Armenian constitution. But speaking to another private TV station, Shant, later in the evening,  he said the workers born after 1973 are “obliged to make payments until September 30.”