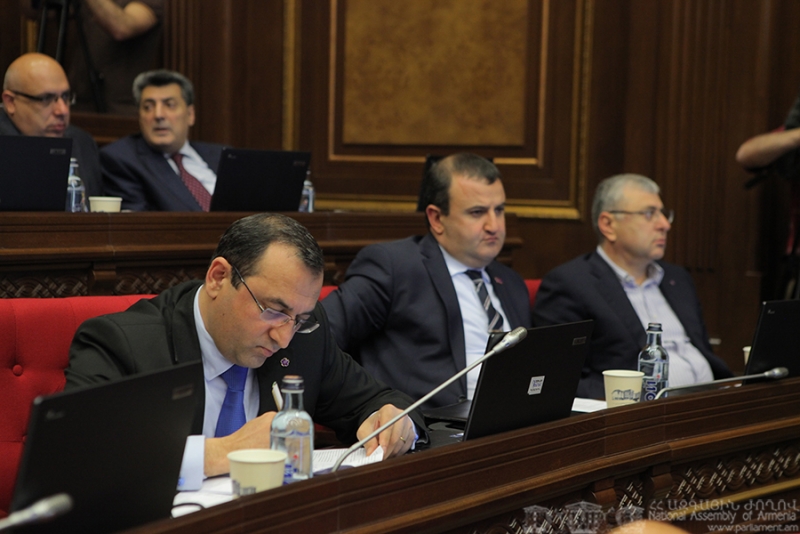 (news.am) YEREVAN. – Opportunity for the agitation not only ‘in favor’ but also ‘against’ should be available at nation-wide referenda, Artsvik Minasyan, ARF-D party MP stated at the Parliament Tuesday, presenting the bill on amendments to the Law on Referendum, drawn up by the ARF-D MPs and their colleague Tevan Poghosyan from Heritage party.

Currently the agitation at referenda is carried out mainly ‘in favour,’ but the social and political forces concerned should be given the chance to present their opinion, he said. “This means that the local governments should provide territories for the agitation to any party concerned,” Minsayan said.

According to him, to support the scale of the agitation – considering that this refers to republic referenda – it is necessary to increase the permissible fund by 10 times.

The National Assembly in its first reading on May 20, voted for the amendments that were proposed by the ARF-D.