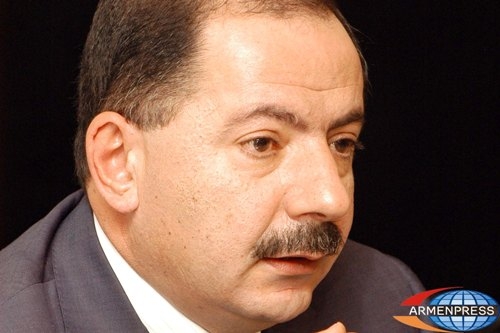 (panorama.am) The parliamentary system of government opens up more opportunities for Armenia’s development and is going to be the best democratic path, the secretary of the opposition faction ARF-Dashaktsutyun (ARFD) Aghvan Vardanyan said during a briefing in the Armenian parliament today when commenting on the interview given by second Armenian President Robert Kocharyan on October 6.

The MP commented in particular on the following statement of the ex-head of state who said in the interview:”The draft Constitution contains considerable risks of shifting to a de-facto single- party system which will lead to political monopoly and stagnation. The Soviet Constitution had a beautiful wording, but Article 6 on the ruling role of the CPSU legalized the communists’ political monopoly”.

Aghvan Vardanyan said in that connection: “It is quite possible that such qualities are somewhat peculiar to the draft constitutional amendments, but times of a single-party system are gone. We live in an era when a continuous political monopoly is ruled out. Besides, the parliamentary system of government will give an opportunity to start the mechanisms of joint decision making, and under this system, the opposition’s voice is taken into account”.

Vardanyan stressed that he respects the position of former President Robert Kocharyan, but their opinions diverge on the issue. “I am sure time will show that we were right,” the oppositionist said.