(tert.am) The upcoming constitutional referendum is going to have a positive outcome in terms of helping Armenia build a steady political system, says Aghvan Vardanyan, the secretary of the ARF-D (Armenian Revolutionary Federation-Dashnaksutyun) faction in parliament. 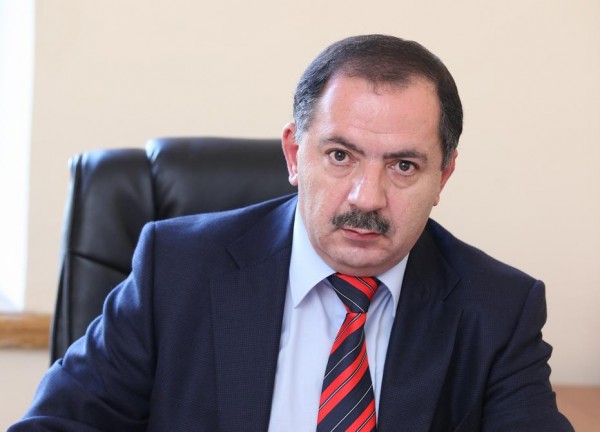 Speaking to Tert.am, the politician said doesn’t think that the pro and con opinions on the proposed draft should account for a specific attitude to the political majority and the opposition. “What I expect from sensible people is to differentiate the actual text of the Constitution from the government-opposition relations. The [new] Constitution is intended for the decades to come, so the government will have changed by then and the authorities will be behaving otherwise. Hence, it isn’t good all to link the changes to non-confidence in the government,” he said.

Asked about his personal views, the ARF-D lawmaker said he expects the December 6 voting to be promising for the country’s political life.

“I think this gives our political system much broader chances in terms of becoming accomplished. The new Constitution enables the opposition and the government to function as a joint body – irrespective of the role-players. The new system does not allow the government to make single-handed decisions, so they will have to shape a new political culture by way of seeking negotiations,consultations and a compromise. It will contribute to the accomplishment of political life. So we have to overcome the atmosphere of hostile confrontation and avoid saying that this side is 100% right, and the other is wrong; that [approach] should not give us any reason for positive expectations. It isn’t a civilized approach,” Vardanyan explained.

(news.am) YEREVAN. – Members of the ruling Republican Party of Armenia realize that they need to sacrifice a certain part of their powers, so as not to lose all of them.

Secretary of the Armenian Revolutionary Federation (ARF) Dashnaktsutyun Party National Assembly (NA) Faction, Aghvan Vardanyan, noted the above-said at a press conference on Tuesday. He noted this in connection with the proposed constitutional amendments in Armenia.

He recalled that the current Constitution empowers solely the President and the NA to introduce constitutional amendments in the country.

“I don’t know of a political force that gives up its [parliamentary] majority before elections, and decides to transfer its powers to the opposition,” Vardanyan stressed.

In his words, an excessively centralized system creates problems also with respect to accountability.

The referendum on Armenia’s draft constitutional amendments is slated for December 6.

Pursuant to the new draft Constitution, the country will make a transition from a semi-presidential to a parliamentary system of governance, and conduct completely proportional parliamentary elections.

The opponents of the proposed constitutional amendments, however, consider them to be primarily the authorities’ attempt to hang on to power.