On March 23-26, close to 200 representatives from various socialist organizations including the Armenian Youth Federation (AYF), participated in the World Council of the International Union of Socialist Youth (IUSY).

The meeting was opened with welcoming remarks by the chairperson of the Socialist Party of Argentina Antonio Bonfatti, as well as other local high-ranking officials and European representatives.

During the meeting, past generations of IUSY members presented their works and shared their experiences with the current membership. 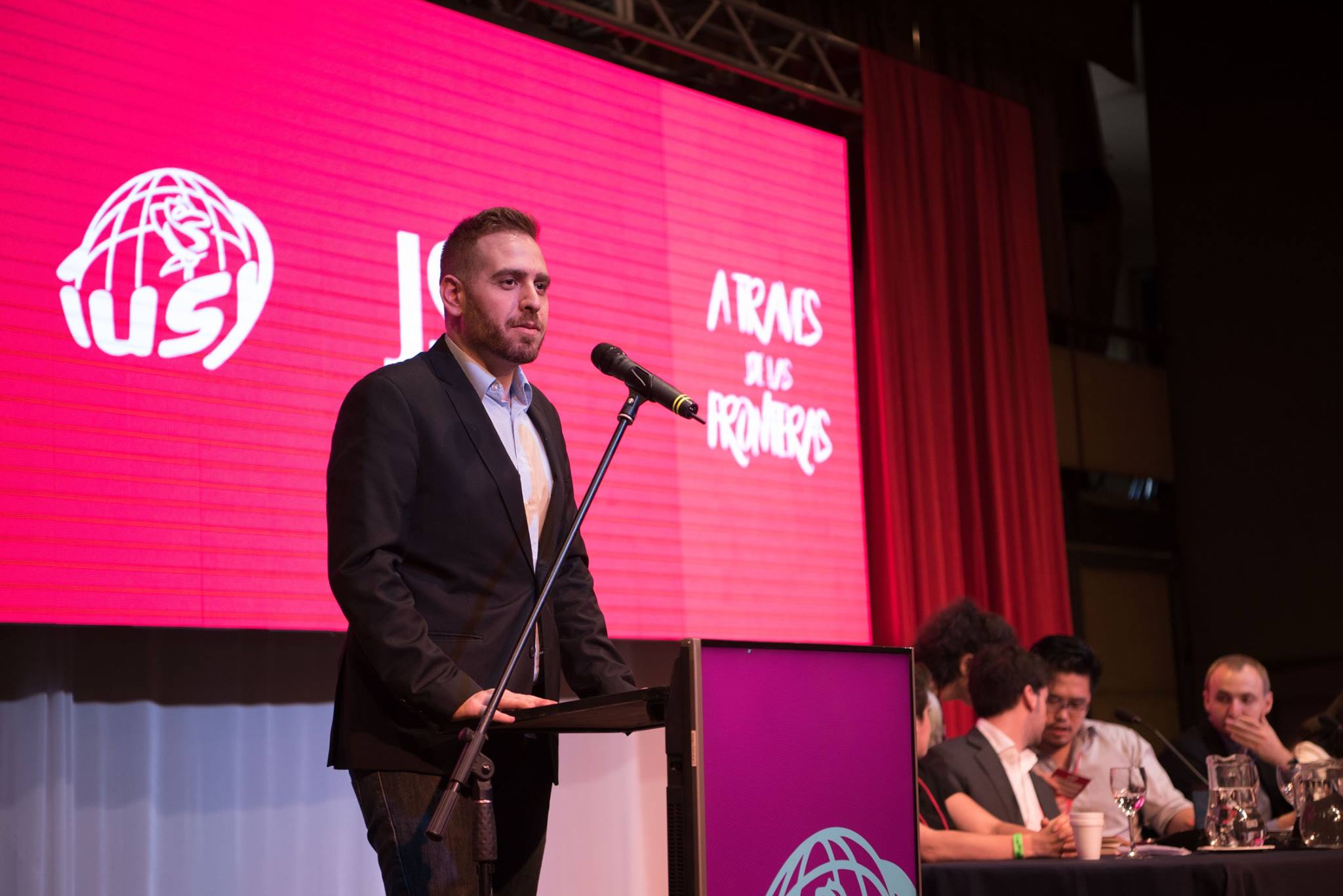 In his remarks, AYF representative Garo Chadoian detailed the economic issues faced in Europe, specifically in the Black Sea region. He also spoke of the issues pertaining to human rights in the region and the conflicts between countries in the region and Russia. He called for greater attention from the participants to address these issues.

During the course of the three-day meeting, resolutions on women’s rights in Cyprus and Belarus were passed and several regional meetings took place. As a member from Black Sea region, the AYF representatives participated in the meeting of the European Committee.

The final day of the Council coincided with the annual march in the memory of those fallen fighting against the military coup that took place 41 years ago. The Council’s participants were also present at the march.

After the IUSY World Congress, the World Council of IUSY is the main decision making meeting that takes place every two years. It was last held in Armenia, in 2015. Currently, 143 organizations from over 100 countries—including the AYF—are members of IUSY.