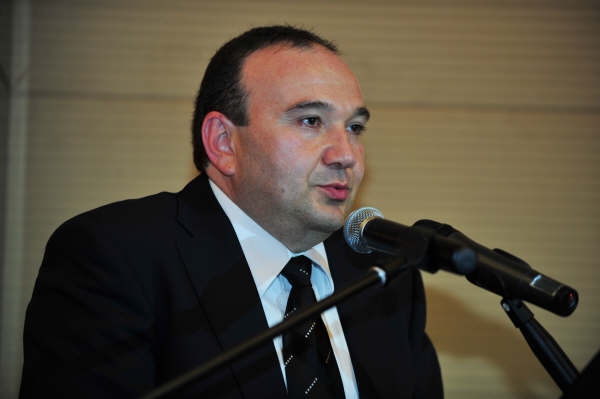 The Minister noted that attempting to change the education system in the last few years achieved positive results, but that the changes were not sufficient. He added that the quality of education in Armenia and the direction in which it is heading is very worrisome.

“We have 87,000 students that attend our 66 universities,” said Mkrtchyan. “It is very difficult to find another place in the world with a statistic like this, which makes it very concerning… There are also universities that have about 100-400 students in each classroom, which causes the quality of education to suffer,” added Mkrtchyan.

Mkrtchyan said that the licensing process of universities needs to be stricter, in order to increase the quality of education. He suggested that the need to switch to professional accreditation is necessary within the next year, in order to have strong and healthy educational institutions committed to their goals.

Mkrtchyan also raised the issue regarding the imbalance in various professions, noting that about 70% of students graduating are pursuing fields in the humanities. He said that if this rate continues, Armenia will no longer be a center of sciences.

“This issue is a serious threat that needs to be solved through educational reforms,” said Mkrtchyan. “For example, with the help of donors, small but high-quality research and science oriented systems could be created.”

During his report, Republican Party (RPA) Parliamentarian Karen Avagyan mentioned the issue of not having the proper textbooks in schools and asked the Minister what steps would be taken to address this.

In response, Mkrtchyan said that there are two possible solutions to the issue: implementing programs at Armenian universities aimed at preparing authors of textbooks and the use of European textbooks in Armenia.

Avagyan also proposed to allocate funds from the budget to fight against universities opened by private companies. Mkrtchyan agreed and added that it is necessary to have stricter licensing for these institutions. He also noted that there are currently criminal cases dealing with the issue.