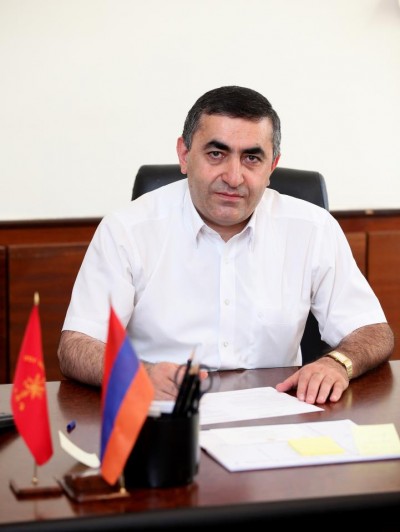 Below is the statement issued by the Head of ARF-D Parliamentary Faction, Armen Rustamyan.

For the first time ARF-D and two other political forces won’t be participating in the coming elections. This unprecedented situation is a most serious indication of the deep crisis that the electoral system of Armenia is in. The main reasons of this crisis are well-known: a complete abuse of power, practiced by the ruling political party through the uncontrolled and unrestrained use of the state’s administrative-financial resources, the highly broken trust of the people concerning the election process rooted in the nonexistent precedent of changing the power through elections.
These are the extremely unequal and non-competitive circumstances that make senseless and non-productive any purposeful participation of political parties in the election process, besides that of the ruling force. Looking for other explanations besides this is either self-deception or serves in this or that way, the fulfillment of the ruling force’s scenario.
In the name of the declared objectives of the seven-point platform, we won’t halt our struggle, whatsoever. Under these circumstances and based on the seven-point platform’s realization prospective we simply refuse to play games with imposed rules. It is somehow understandable when the authorities criticize us while knowing all these, because otherwise they would have been obliged to accept our arguments for dismissing an election process of this sort. However it is strange to say the least, when with the sole objective of justifying their participation, this critique is joined by those for whom one would expect that they would be standing against the authorities. It seems that they should be happy that the arena is left to themselves and that they have the opportunity to unite and fully dominate the oppositional electorate. And if they try to explain their candidacy by saying that their percentage is more of those not participating I will have to disappoint them because the percentage of those not running is around 45% from which they are far away. And if they think that the standards are sufficient for having normal elections and that as political forces, assume that entering the political arena is only natural then they admit that the struggle is political and consequently they must admit the results of the elections and congratulate the predetermined winner. Otherwise they will be forced of repeating our previously made assessments but only after having been at the service of the authorities.