YEREVAN—Armenia’s Minister of Education and Science Levon Mkrtchyan stated once again, on Sept. 22 that Armenian will remain the only official language in Armenia, and that Russian will continue to be considered a “foreign language.” 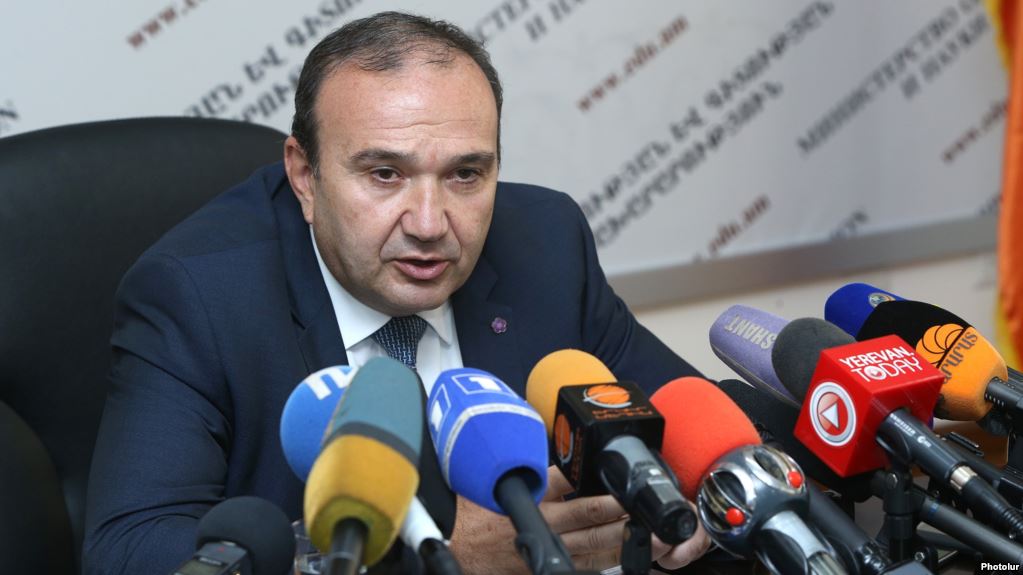 “In the Republic of Armenia, Armenian is and will remain the only official language because we are an independent and sovereign country… This is an axiom. All other languages are foreign languages,” Mkrtchyan, who is a member of the Armenian Revolutionary Federation-Dashnaktsutyun (ARF-D), told a news conference as reported by RFE/RL’s Armenian service.

Mkrtchyan was commenting on an ongoing controversy, which arose after his Ministry’s announcement that it planned to improve the teaching of the Russian language in Armenian schools. On Sept. 11, the Ministry stressed the economic, cultural, scientific, and geopolitical importance of “popularizing Russian” on their official website.

Many public figures throughout Armenia and the Armenian Diaspora criticized the Ministry’s announcement, citing it as a threat to the current status of Armenian as the only official language in the country.

Armenia’s Prime Minsiter Karen Karapetyan told reporters on Thursday that he never asked the ministry to promote Russian “at the expense” of other languages. “The Prime Minister’s instruction was to ensure a qualitative change in the methodology of teaching foreign languages,” Mkrtchyan echoed on Friday.

Mkrtchyan said that the Minsitry of Education has also been working on a separate concept for a better teaching of the English, French and German languages in Armenian schools.

Accoridng to RFE/RL’s Armenian service, Mkrtchyan said that Russian warrants a separate policy framework because it uses a different alphabet and is still more commonly spoken in Armenia than any other foreign language. He also argued that since Armenia is a member of the Russian-led Eurasian Economic Union (EEU) and that Russian is the “working language” of the trade bloc, it would be beneficial to implement new techniques and teaching methods.